Login to The UNBLINDED Academy

What is Heart of Influence?

The Heart of Influence is not a podcast, lunch or dinner meeting, nor a networking event.

Heart of Influence, however, is not, not, the best of all of those things.

Sean Callagy is a licensed attorney and holder of a one in 1.2 million distinction, with his two top one hundred national jury verdicts, as well as appearing on Tony Robbins’ stage 15 times, raising millions for charity, building a forty-person law firm two years out of law school and a one-hundred-person law firm in two years after selling his first law firm.  Bella Verita is the Heart of Influence cohost who became the number one business broker in Nevada as the youngest person, age 24, and first woman ever to do it in a male dominated industry, in a brutally challenging market.

The show has been conducted more than 550 times as a way to bring 5 to 8 attorneys, or other licensed professionals together with entrepreneurs, celebrity athletes, authors and more.  The show has had more than three thousand people as guests on the show, including Disney executives, NY times best-selling authors, attorneys…

The reviews almost always say the same thing:  I had no idea what this was and I loved it.  I learned something, was blown away by Bella’s energy and Sean’s magic moment and loved meeting all of these amazing people in just one hour.  It was an hour very well spent and I want to connect and learn more about Unblinded and everyone here.

What happens on the show?

If you would have lunch with Sean and/or Bella, then you should say yes.

You have zero to lose except an hour of your time. We are very confident that this beats any networking event, reading a book, watching Netflix or many of the other lunch or dinner invitations you accept.

Quotes and testimonials by practitioner.

We only have, obviously, a limited number of slots each month, so if you want to apply, click here.

I raised 2.6 million in 2 hours in a room that was not a charitable event.

I raised 1.8 million dollars in 26 minutes for Tony Robbins’ birthday. 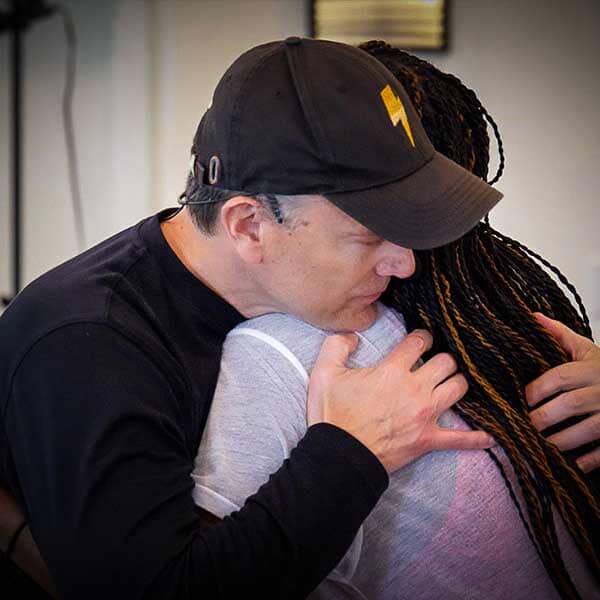 Why did you read this?

Everything begins with a shared experience.
This one had been built for u.

UNBLINDED stands to end suffering because the #1 pain that exists for most people is the inability to take someone they can help from “HELLO” to “YES.”

Enter Your Details Below To Register

For 25 years, aided by his unique insights, love for people, ability to “see” and create transformational breakthroughs, Sean has achieved and co-created an incredibly diverse variety of unique successes. Sean has been favorably compared to some of the top speakers and influencers in the world.

As a byproduct of his technologies, Mr. Callagy is one of only two attorneys out of 1,220,000 attorneys in America to achieve 2 Top 100 National Jury Verdicts between 2014 and 2016, and, the only one who was legally blind. He has also collected more than half a billion dollars on behalf of his healthcare clients, built and sold a 40 person law firm in a little over a year in his twenties when he was only two years out of law school (all which is very rare in the legal world), created the most rapidly successful training, coaching and development program from his coaching school out of anyone who had ever attended the coaching school and certification program at that time, publicly spoke more than 1,000 times to audiences that are consistently shocked to “see what they didn’t see” in their lives, careers, and businesses.

Mr. Callagy is the Founder and President of Callagy Law, a more than 100+ team with offices in 5 states, Founder of his own charitable foundation, the Callagy Christian Foundation, which he funded up front with a personal donation of over 7 figures, Founder of the investment company Callagy Enterprises, and Callagy Training and Development, which empowers and co-creates results that fulfill dreams through his unparalleled human breakthrough technologies.

Mr. Callagy is the creator of the Callagy Results Formula, also known as the Unblinded Formula, and hundreds of hours of content on integrity based human influence, which empowers and co-creates results that fulfill dreams through his unparalleled human breakthrough technologies in sales, business and life in going from “Hello” to “Yes” and what to do with that access for success. He is the Founder and Chief Visionary Officer of Unblinded Sales Mastery. The first 1,600 person Unblinded event was filled in under 3 months and went from a startup in 3 months to $250k+ in sales per month, including Jack Canfield being a paid member of the program and promotional partner. (Jack Canfield is co-author of the Chicken Soup for the Soul series, which has more than 250 titles and 500 million copies in print in over 40 languages)

As a speaker, Sean has broken sales records on the largest personal development stages in the world, speaks for Disney Executives, Bristol Myers Squibb, Fox News, Legal Associations, Tomorrowland, Brown and Caldwell T-Mobile and raised 5.4 million dollars for charity on stage during his last four speaking engagements. As an influencer for good in this world, Sean has a standing bet of $250k, for charity, that he cannot be out influenced on a neutral set of facts.

Perhaps most notably and at the core of his highest level of gratitude, is Mr. Callagy’s commitment to his family and life balance. While creating his professional successes, Mr. Callagy regularly hosts and leads holidays and unique experiences for his extended family, and he coached and attended virtually all of his three children’s more than 1,000 sporting events and activities over the past 15 years. Creating the life YOU want, with the awareness that contribution and growth truly energize and empower the heart and soul, is at the root of Sean’s mission.

Mr. Callagy is now on a mission to cause leaders to lead leaders to merge ecosystems so one plus one equals a trillion relationship, or at least 10, and certainly more than 2, to make the world an even greater place.